A NEW ATOMIC CLOCK COULD BE AN EVEN MORE PRECISE TIME-KEEPER. SAKINA KOUSARALI BARBARAWALA ,YEAR 9 A recent design created using entangled atoms to keep time could benefit scientists detect dark matter, a gravity’s effect on time. The most precise timekeepers in the world are atomic clocks which use lasers to measure the vibration of […]

Khadija Hussain Year 7 What is science? Is it learning about the parts of a plant? Or is it observing the chemical reaction between sulphur and iron? Science isn’t just memorizing the properties of metals, science is in our daily lives, and it’s all around us. From eating an ice –cream cone to skateboarding. In […]

Global Warming- What does it take to stop it?

Ahmed Mustansir Year 8 The issue of global warming has accelerated since the industrial and technological revolutions in the 19th and 20th centuries. To some, it is merely a hoax while to others, it is a problem that is for future generations to solve. But global warming is just as much a modern day problem […]

Health is the most imperative aspect of our life!

Amatullah Mustafa Year 9 Health controls our life in ways that we cannot even imagine. Some people are lucky enough to be blessed with good health, others are unfortunately not. Most people ruin their own health, by not valuing it. Health is such a crucial thing that even the world’s richest man cannot live without […]

Health is the Best Wealth

Written by: Fatema-tus-SughraDhankot -Year 6 A In January 2020, a life-changing virus (legally named the coronavirus, also known as covid-19) made the world sit up and take notice. This unfortunate phenomenon opened up people’s eyes and made them see things in a completely different way. It changed people, their lifestyles and health habits. People began […]

“Sports do not build character. They reveal it” — Heywood Hale Broun 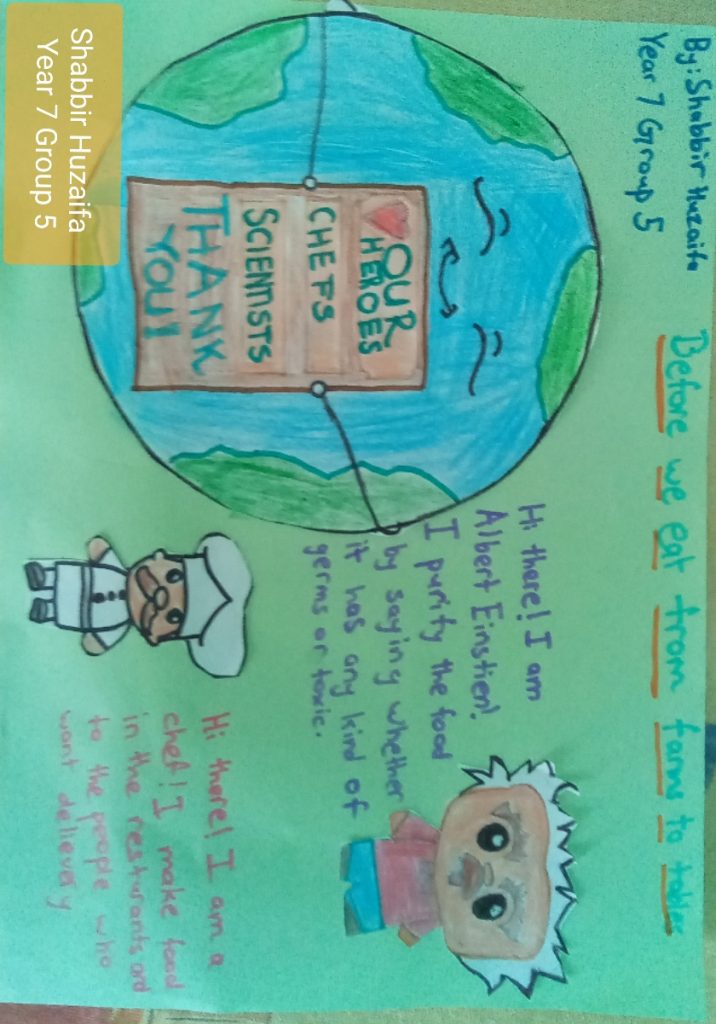 by: Aliasgar Barbhaya Year 10 A Many people believe that sports build character. If this was true, every sportsman would be tough, strong and a winner in every respect. However, that is not the case. The world of sports today still sees the toughest break down and the underdogs win. A person’s character is already […]

BY : Nisreen Sherawala, year 6 Science is everywhere around us in our daily lives. If we look carefully, there is science in eating, breathing, driving, playing and even cooking. We have an old ice cream churner at home and it requires ice and salt to be added in layers in the outer compartment. I […]

FAKHRUDDIN YUSUF ALI – Grade 4 The wide galaxy which has eight planets all tied to one star to dye the earth’s atmosphere make it as strong as a shield. It is very hard to veil the satellites that spy the sky when two planets tried to hide, but they always sighed even though they […]

Made with ❤ by MEDIA MAVERICKS